Support of plural forms for cardinal and ordinal numerals

We have added support for strings that require harmonization with numerals to the platform. Now you can generate strings of the “run time 1 second” and “run time 32 seconds” type automatically, without analyzing the numeral in order to use the correct unit of measurement form.

To this end, we added a new StringWithNumber() method to the platform. Its working principle is based on the fact that any numeral in any language can be classified into one of the six categories:
In different languages, the same numerals may refer to different categories. Besides, not all languages have all six categories. For example, in the German language, categories ZERO, TWO, FEW, and MANY are not used. The detailed table of conformity of categories with numerals for all languages can be viewed on .

For example, in the English language, you need to automatically display the following: “So many days left until New Year's Day”. Then, using this method might look like this:
As a result, you get the following sequence of strings: 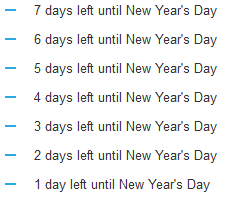 Or another example. In English, you must display the following: “January this date, the day of the year”. Then the code will look like this:
As a result, you get the following sequence of strings: 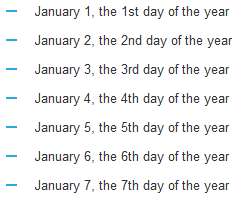 To help you use the new method, we specified in the Syntax Assistant the strings that you must use for each language and for each numeral type (cardinal or ordinal).

Thus, all you have to do is substitute correct measurement unit forms and use the characters "%1" to indicate, in which place of each fragment the numeral will be located.

We have already used the new string generation features in the platform interface. For example, the schedule of a scheduled job now includes the correct numeral form: 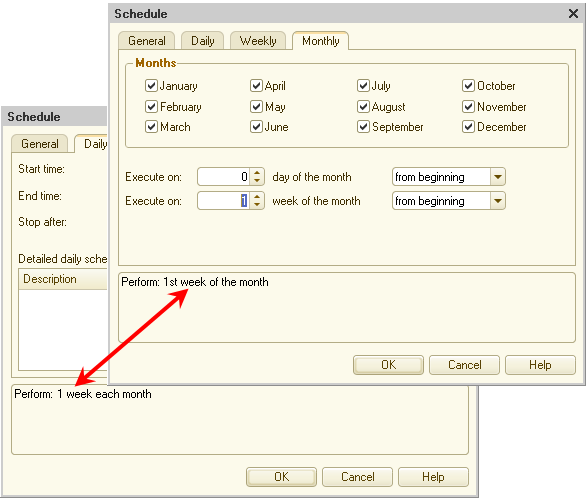 The string representation of the planner schedule now contains no spelling errors. 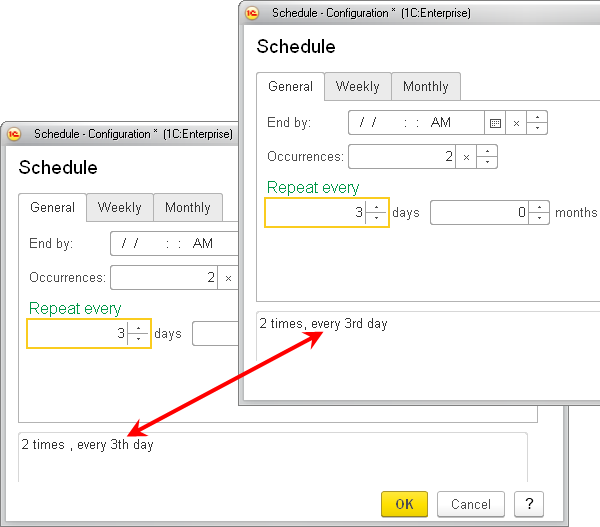 In conclusion, we would like to point out that the new StringWithNumber() method was implemented for 21 languages: