How to install full version

The library is not a complete applied solution. Developers can add some or all of the library subsystems to configurations being developed. 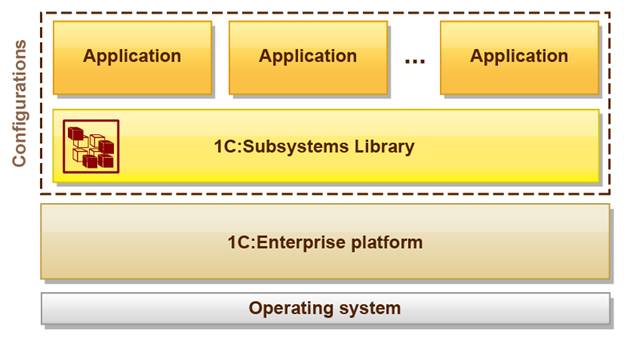 All of the library subsystems fall into the following categories:

The categories reflect the complexity of subsystem integration. Subsystems that fall into the first category are integrated by simply adding their functionality to the configuration. They are usually accessible from the configuration interface and do not require complex setup. These subsystems can include user interfaces and provide APIs for use in the configuration.

In addition to the subsystems, the library includes standard solution development examples, such as an example of setting session parameters.

1C:Subsystems Library 2.2 is available in two options: demo intended for study purpose and have certain limitations, and full version, that requires a license for 1C:Enterprise platform to operate.