1C:Enterprise forms are intended for viewing and editing data stored in the database. Forms can belong to specific configuration objects, or they can belong to the entire applied solution.

For example, the Items catalog can have multiple forms for specific purposes: editing catalog items, displaying the list of items, and so on. 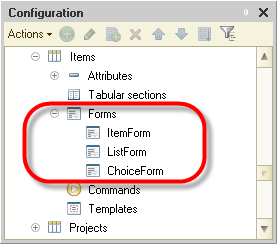 At the same time, forms that do not belong to specific configuration objects (common forms) are available. 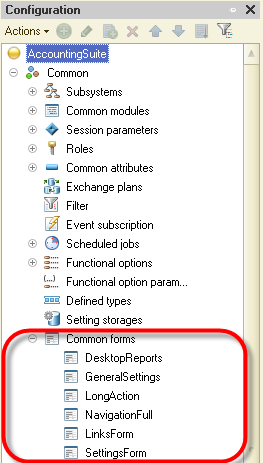 You can perform standard actions on each configuration object. For example, you might want to display the list of catalog items, display individual catalog items, display a catalog group, or select items and item groups from the catalog. For documents, this list is shorter and can include viewing the list of documents, selecting documents from the list, and viewing individual documents.

A set of main object forms is intended for performing standard actions on applied solution object data. Any form subordinate to the object can be selected as the main form. For example, the Items catalog can have the following main forms. 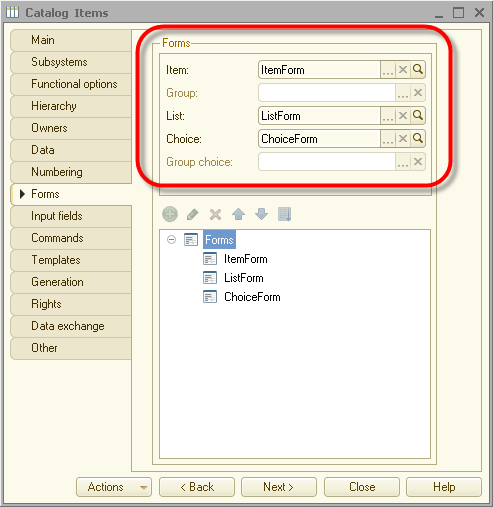 The PurchaseInvoice document will have a different set of main forms. 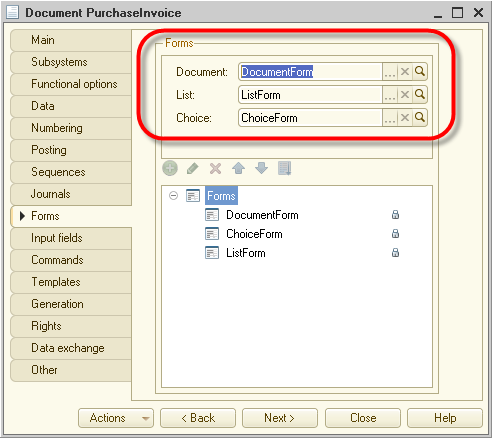 Therefore, if a user attempts to view the list of the Items catalog or the list of PurchaseInvoice documents, the platform will open forms that are specified as the main list forms for these objects.

Autogenerated forms are an important feature of 1C:Enterprise. They eliminate the need to develop all available forms for each configuration object. Developers only have to add new configuration objects, while the platform automatically generates the forms required for displaying object data at run time.

Developers only need to create custom forms for applied solution objects if they want the form design or behavior to be different from the autogenerated forms.

Developers do not have to draw forms manually, "pixel by pixel". A form only stores the logical description of its content. The platform automatically arranges the form items when it draws the form.

The part of the form that is visible to users is described as a tree of form items. 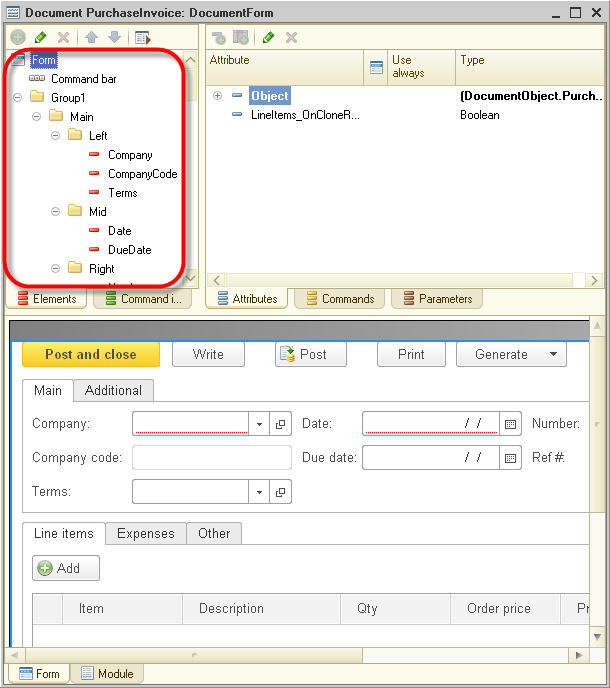 Form items can include text boxes, buttons, checkboxes, radio buttons, and so on. A form item can also represent a group that contains other items. A group can be displayed as a pane with a border, a pane with pages (tabs), a page, or a command bar. Besides that, an item can be a table, which contains other items (columns). The item structure describes the look of the form. 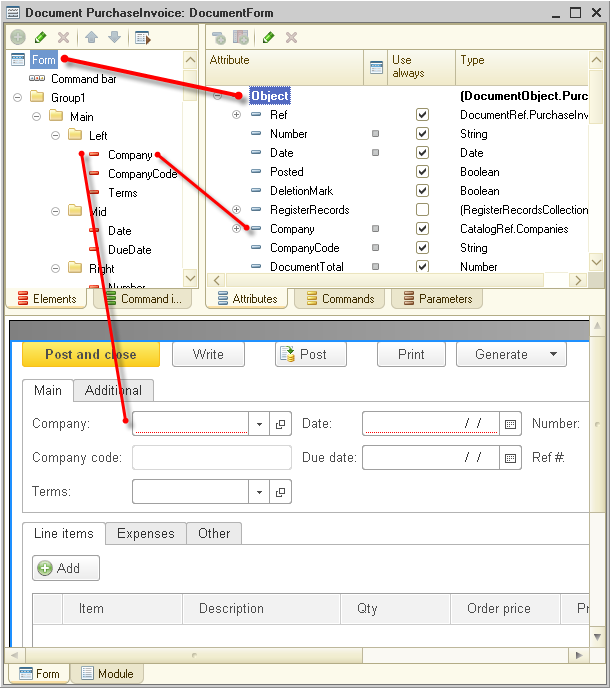 The platform generates the form layout, which will be displayed to users, based on this logical description. It takes into account various properties of the displayed data, such as its type, in order to generate a user-friendly layout. 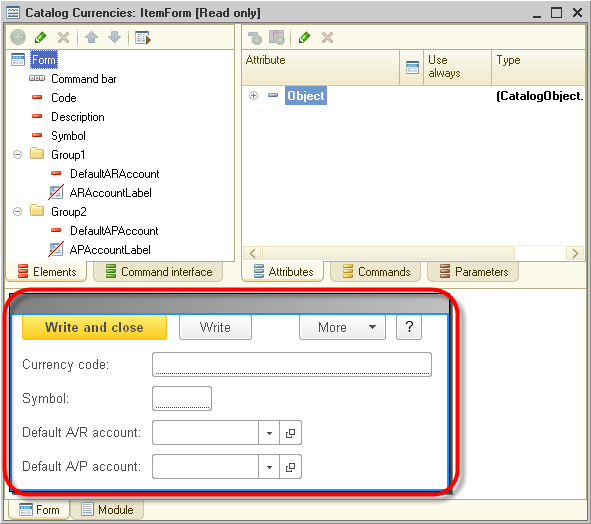 A variety of form layout settings are available to developers. They define the order of items and their desired width and height. However, this is just additional information that helps the platform generate the form layout. 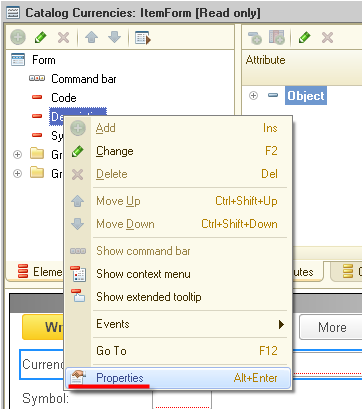 In addition, to form commands, developers can use global commands in their forms. Global commands belong to the command interface of the entire configuration. In addition to that, developers have the option to use parametrized commands that open new forms based on the current form data. For example, a parameterized command can open an inventory balances report for a warehouse that is currently selected in a goods issue document. 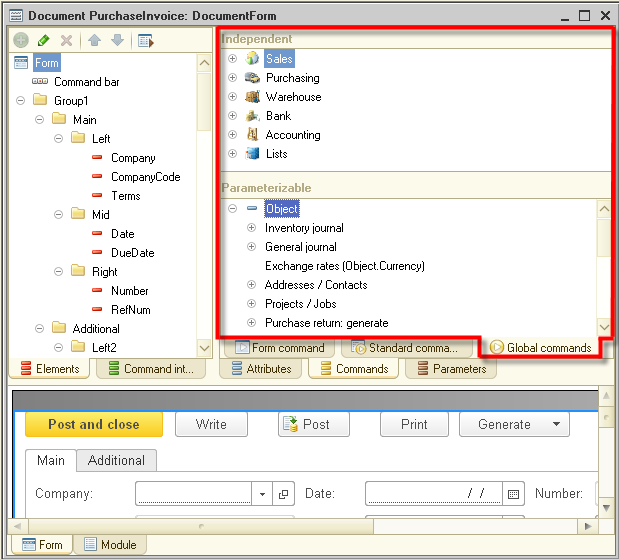 Managed forms have the following specifics: 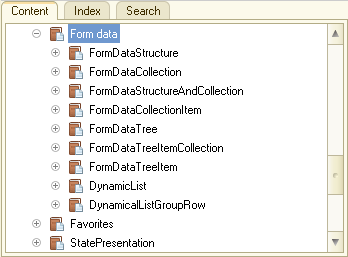 When a form is opened: When form data is saved: 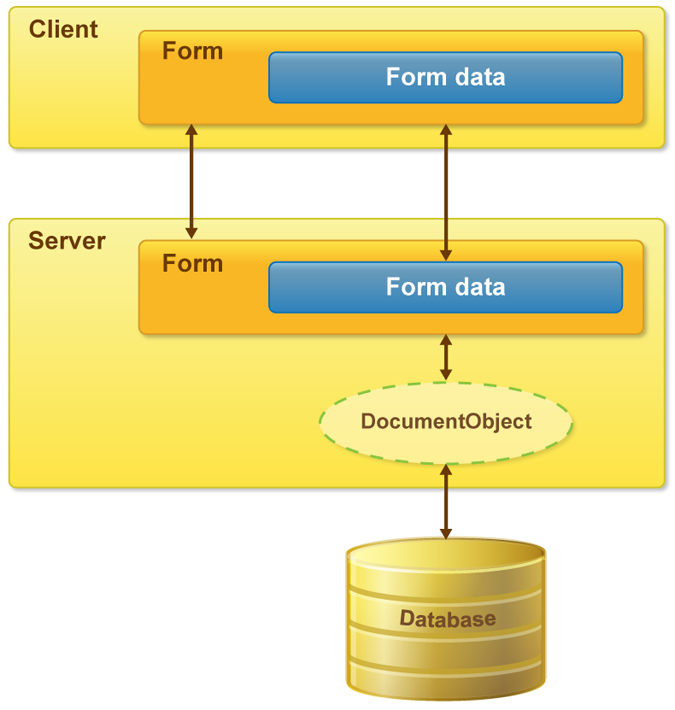 Developers can use the form editor for creating and modifying forms. The editor provides visual form design tools.