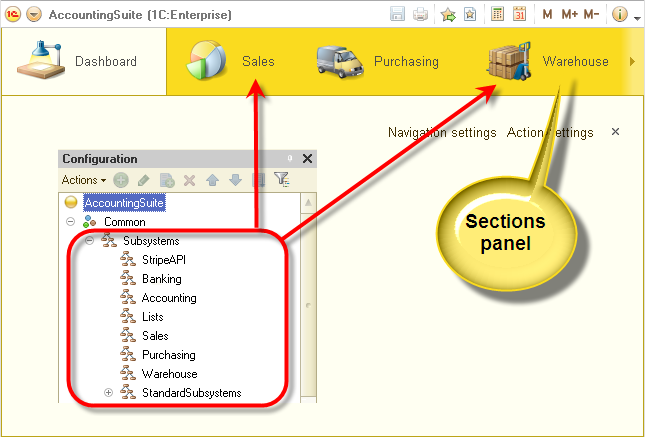 Developers link all applied configuration objects (catalogs, documents, and so on) to subsystems. The subsystem hierarchy must reflect the functionality structure exactly as it should be displayed to end users.

The platform automatically generates the command interface for end users based on the subsystem structure and on the objects included in the subsystems. End users can view the applied solution structure (subsystem hierarchy) and use standard commands that provide access to applied object functionality (open catalog lists or documents, run reports or data processors, and so on). Developers have the option to edit the autogenerated command interface by changing command order or visibility. A set of command interface editors is available for customizing various interface parts. 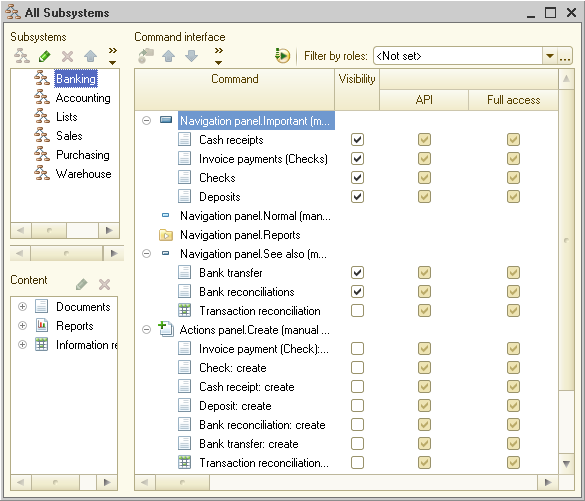 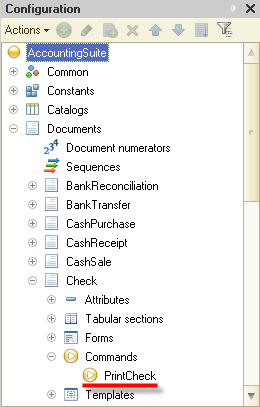 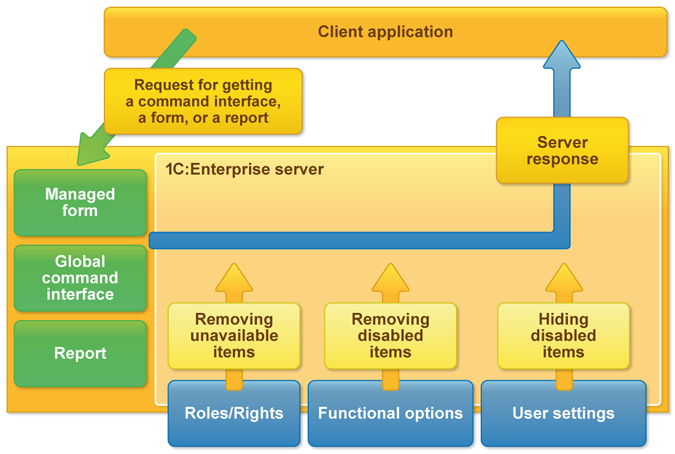 First, the user interface is generated based on the user rights. For example, commands that provide access to objects that are not available to the user are excluded from the command interface.

For example, a Salesperson role only has rights for viewing the Customers/Vendors and Items catalogs, while unavailable objects are automatically excluded from the command interface. 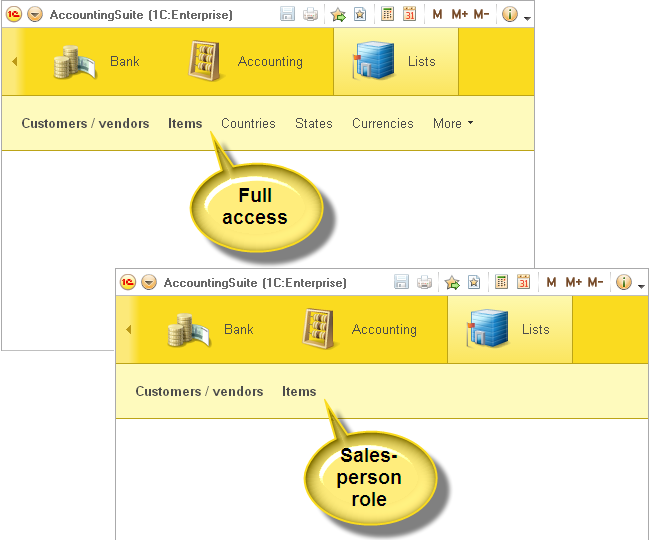 The platform supports setting access rights to individual object attributes. Based on these rights, the platform excludes form fields that contain these attributes or makes them unavailable for editing, and also excludes columns from lists and reports. 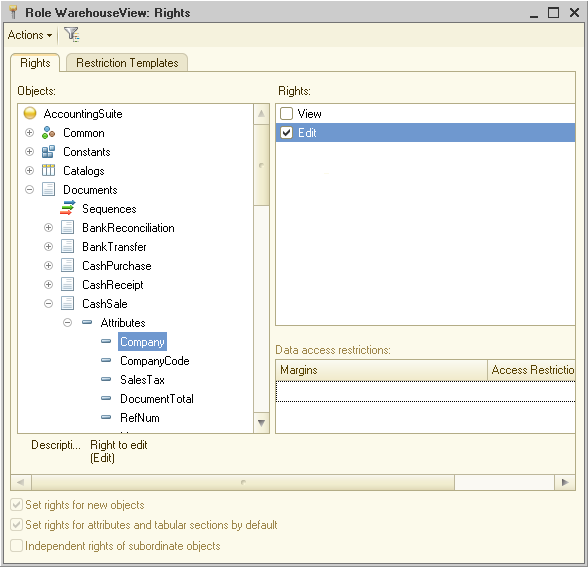 You can specify default visibility for each interface element (command or form item) and each role. This ensures that users are provided with critical data (based on their roles) and leaves the option to add elements that are initially hidden. 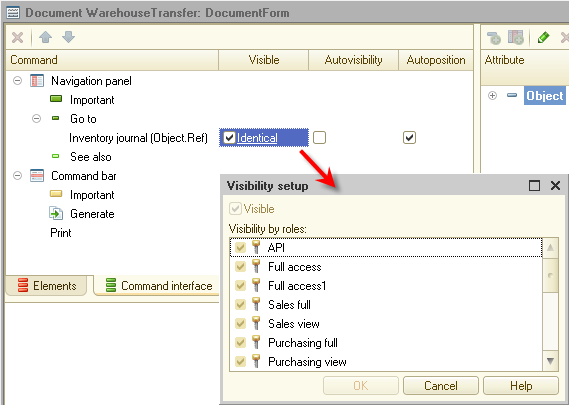 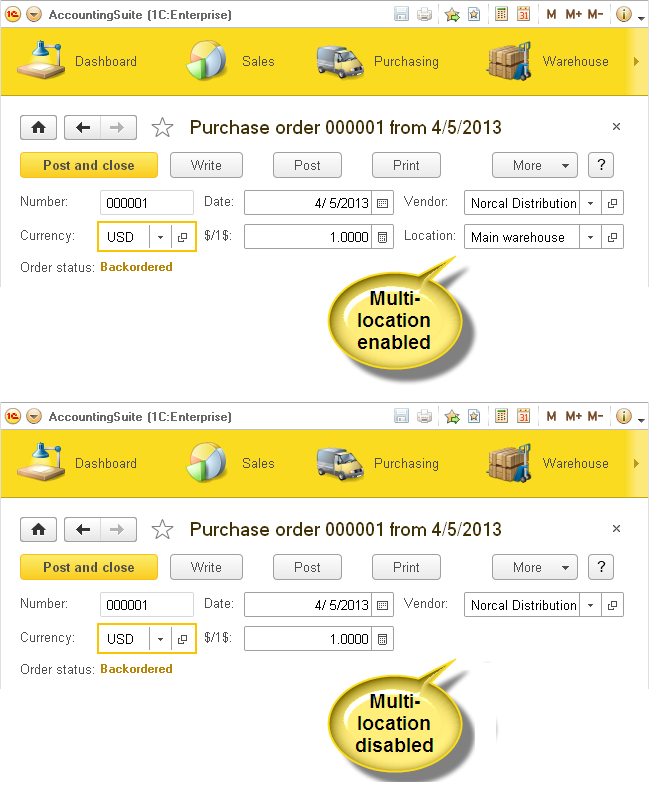 The platform provides users with the option to customize the command interface layout. They can customize all major interface elements: sections panel, home page, and current section functions panel.