Configuration extensions make it possible to significantly simplify the adaptation of a standard application to the needs of a specific deployment, a specific customer.

In this case, an extension can be developed for that very subscriber, where all their requirements can be implemented. The subscriber will attach this extension and will use the modified configuration. At the same time, the rest of the subscribers will see no changes. That is because all the extensions are attached and run in the context of the current separator values. At the same time, you can apply the extension to all areas of the distributed infobase. 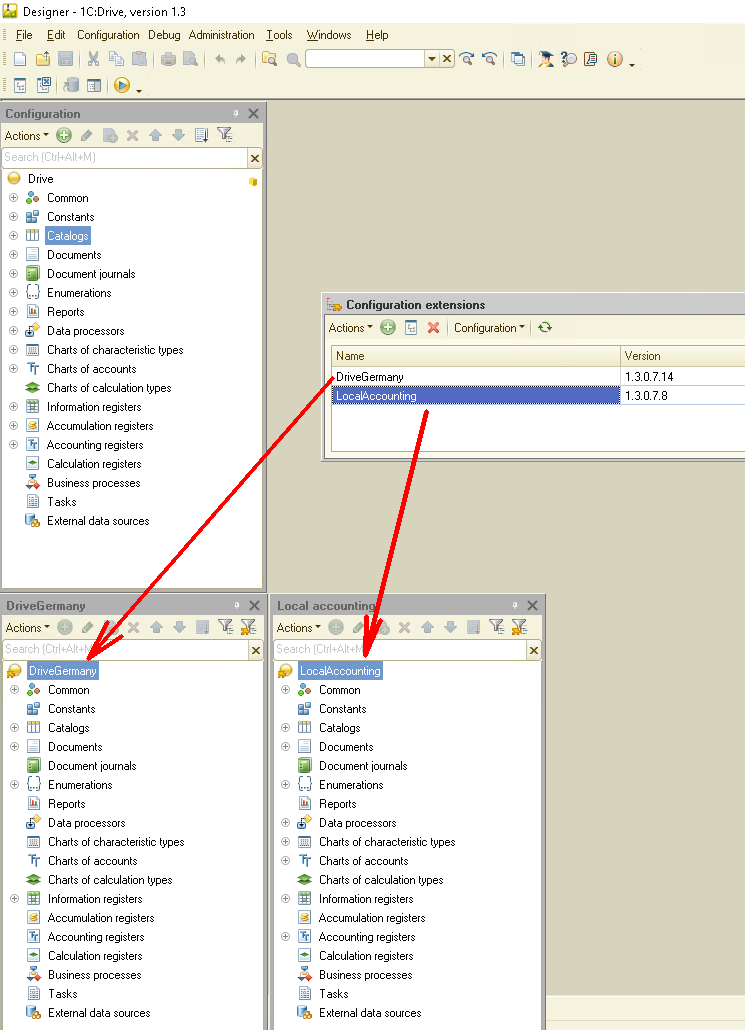 An important feature of the extension is the presence of adopted objects. You can adopt any standard configuration object using the context menu command: 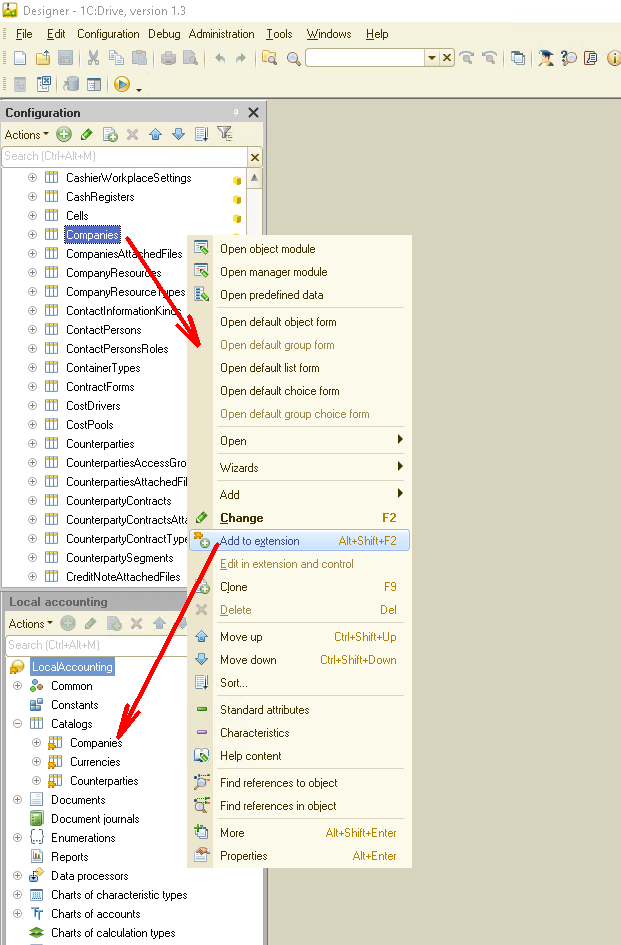 The extension is created in the Designer. Once it has been debugged and tested, it can be saved to a file: 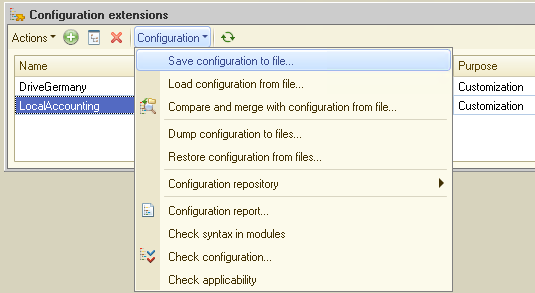 This file can be handed over to the customer. The customer will independently import it to their infobase in 1C:Enterprise mode using the standard function Configuration Extensions Management. 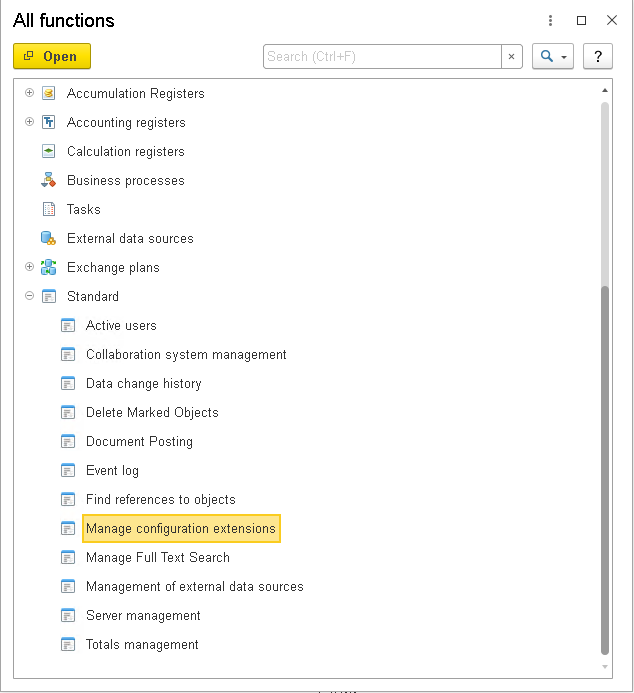 You can check the extension applicability to a specific configuration before its actual running along with the configuration:

·        using interactive commands in the Designer;

An important characteristic of an extension is its purpose. It is selected from several fixed values provided in the platform. The purpose must correspond to the functionality that is implemented in the extension because the procedure for extension application to the infobase is determined specifically by their purpose. The extensions with the Patch purpose are applied in the first place, then with Adaptation purpose, and finally with Update purpose. This approach allows to prevent conflicts between the functionality of extensions with different purposes.