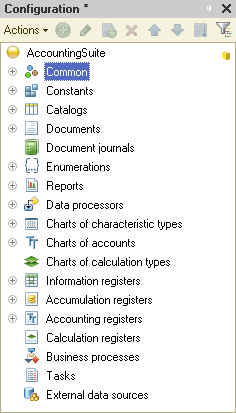 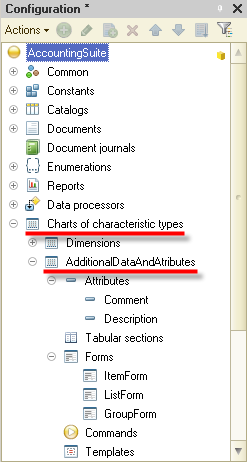 You can perform the following actions in the configuration tree: