Comparing and merging configurations is intended for comparing two applied solutions and merging them. Full merging and partial merging based on comparison results are available.

This feature is useful when an applied solution is being developed by several independent developers, or for replicating recent changes to the original configuration.

In addition to comparing common properties of applied solution objects (catalogs, documents, and so on), their attributes and tabular parts are compared. Forms (their module texts, description texts, and templates) are also compared.

You can view detailed comparison results.

During the comparison, the platform analyzes the configurations and establishes a mapping between configuration objects based on their names.

For objects with differences, you can view the differences in detail. 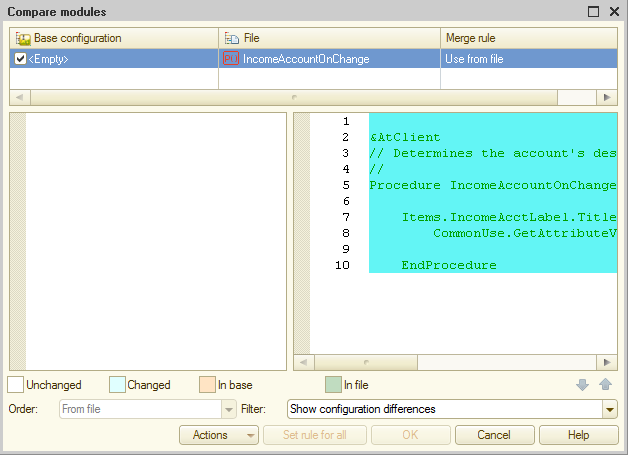 Alternatively, you can view the differences as a report. 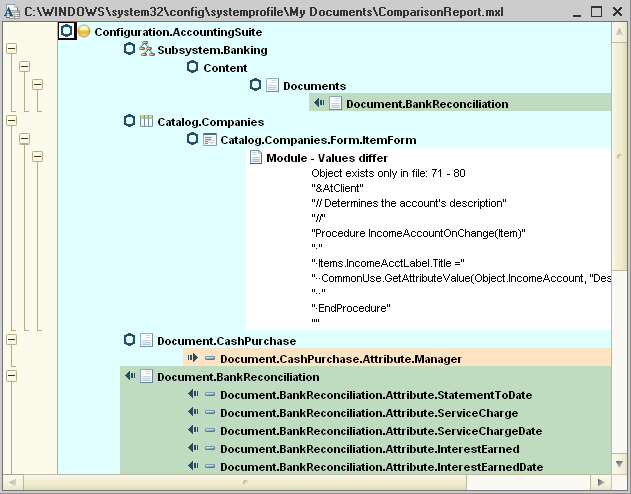 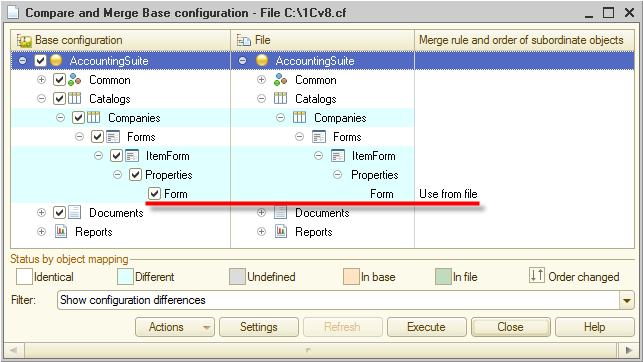 You can set the merging rules either for the entire configuration or for individual applied solution objects. 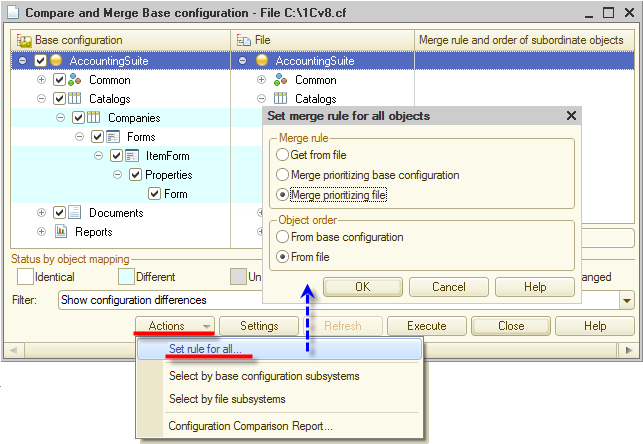 The platform supports comparison and merging for the following configuration types:

You can add other third-party tools that can be started using a command line. If you do, specify their command-line parameters in Designer settings.