First, add several subsystems. Later, when adding new configuration objects, you will include them to these subsystems.

If observe entire the project requirements that were described in Start "programming" chapter, you can see that there are three separated business purpose groups:

That is why you will create three subsystems: Contacts, Events, and Finances.

There is a common way to add configuration objects. Right-click the branch of the configuration tree where the necessary objects will be located, and from the context menu choose Add

The Subsystems branch is located in the Common group of the Configuration tree. Add a subsystem. 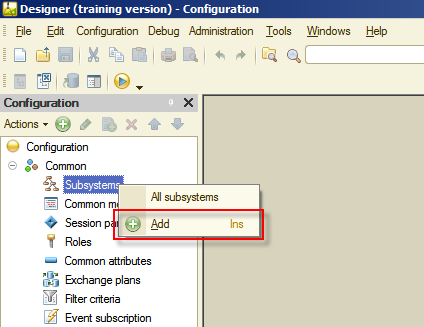 On the right side, a new configuration object editor will open. This window contains properties of the new subsystem. Name the first subsystem Contacts. 1C:Enterprise will automatically add value to Synonym property once you press the Enter or the Tab keys being positioned in the Name property. For now, there is no need to change anything else in this window, so click Close. 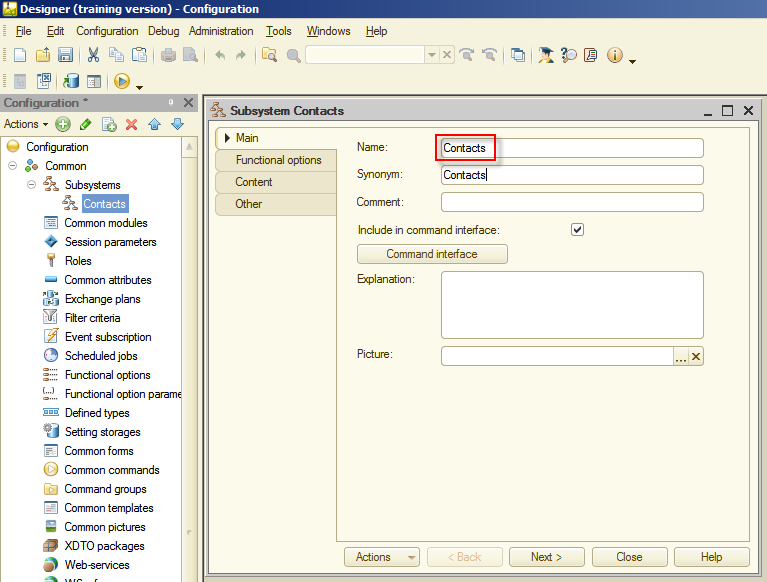 In the same way, create other two subsystems: Events and Finances. As a result, you will have the following tree: 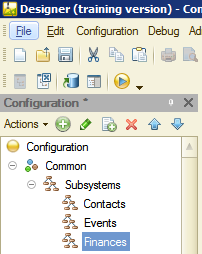 Give a name to the applied solution. right now, it has a generic name Configuration. In addition, at the same time, learn one more way to edit object properties, which is the Properties window. To open this window, double-click the top row of the Configuration object tree or right-click on the top, and then click Properties (Alt+Enter).

Now, in the same way, as you did for subsystems, type in the Name property the name of the applied solution: Hello1C. Then edit the automatically generated value of the Synonym property to Hello, 1C. 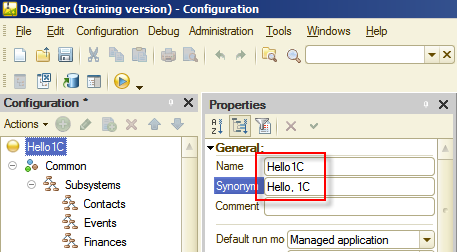 Figure 3-4. Applied solution properties You can verify on your own that there is a shortcut to nearly any property of configuration object in the Properties window. In this tutorial, you will use Properties on numerous occasions.