Dependency by action period means that when the platform analyzes base records, it selects the records where the actual action period and the specified base period overlap.

For example, at the beginning of April, March payroll is calculated. Bonuses for March are calculated based on March salaries. In this scenario, as a rule, developers use dependency by action period (fig. 17.9). 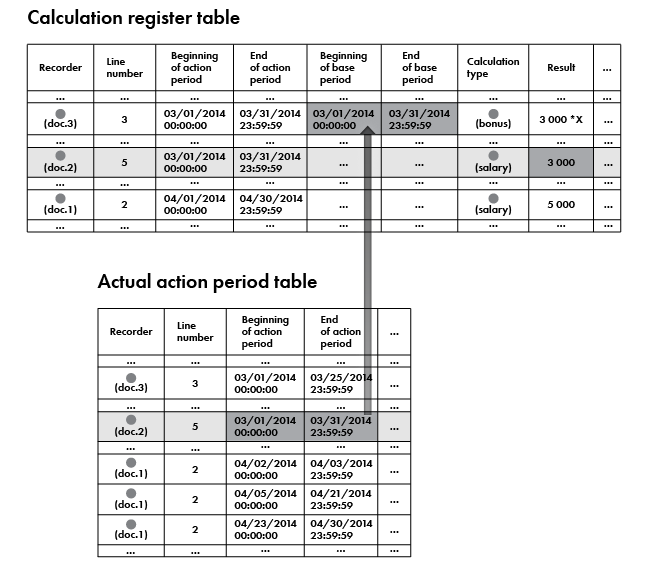 There are two comments to be made regarding the figure above.

The base value received from a specific record that influences a calculation generally is not equal to the result stored within that record. The base value is calculated based on the ratio between the part of the actual period of the influencing record that overlaps the base period and the full actual period of the influencing record, and also on the schedule data linked to record.

Next page: Dependency by registration period