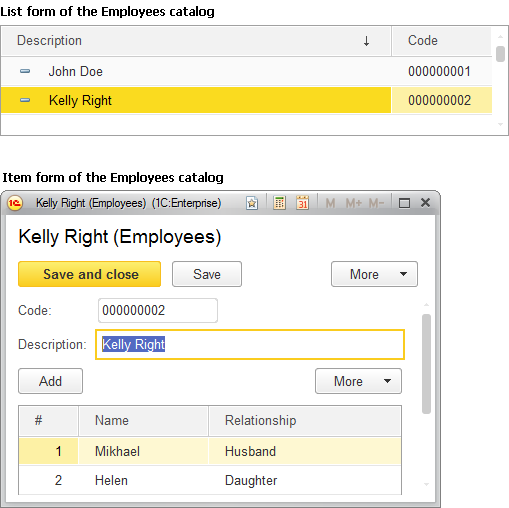 Fig. 3.9. List form and item form of the Employees catalog

All of the forms that you need to view catalog data can be generated automatically. The platform automatically selects the required form.

Catalogs have five form types for displaying their data in various scenarios. Note that a single form can have slightly different names in various Designer windows (table 3.1). The table below lists the form name differences: 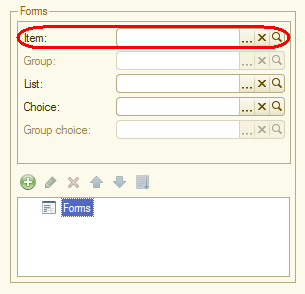 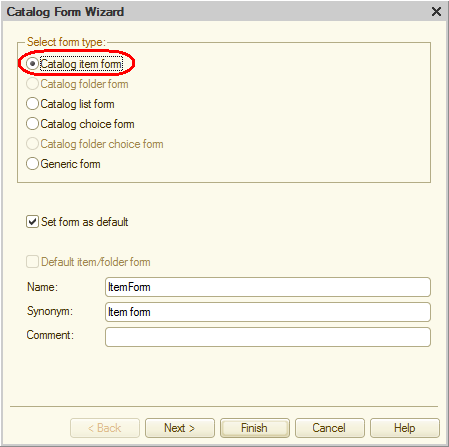 An item form is used to create or edit a catalog item.

A group form is used to create or edit a catalog group. A group normally contains much less information than a regular catalog item, so it requires a separate form that is different from the item form (fig. 3.13). 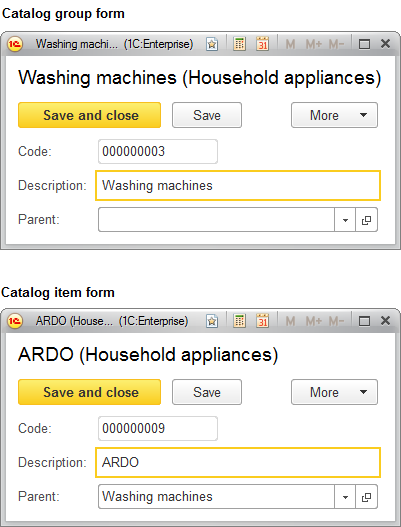 A choice form is used to select one of the catalog items in a form field. The choice form is simpler than the list form because a list form can display a lot of attributes. And when you select an item (for example, in a document), you only need to know its name. That is why a separate simpler form is available for item selection (fig. 3.14). 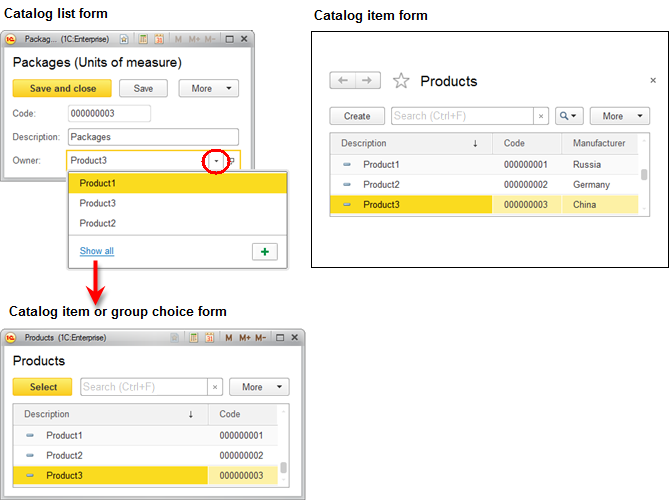 Object forms are available for all referential configuration objects (catalogs, documents, and so on) but note that when we mention an object we refer to an infobase object (i.e. one of the items described by this object). For a catalog, it is a catalog item; for a document, it is a document; for a chart of accounts, it is an account, and so on.

You can define forms in Designer. A subordinate Form object is available for this (fig. 3.15). 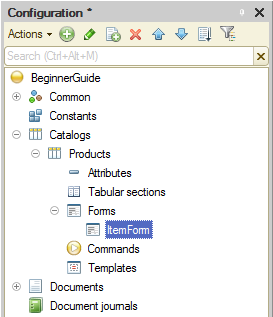 As a rule, the Form configuration object is subordinate to one of the applied objects, but it can also exist independently.

Whenever needed, the 1C:Enterprise platform uses the definition stored in the Form configuration object to create the Form script object, and the user will work with this script object.

Hence, forms serve as visual presentations of data stored in the database. Forms present this data in a user-friendly format and provide options for defining algorithms that will assist users in working with the displayed data.