The customize the commands on the actions panel, use the Action panel setup dialog box. 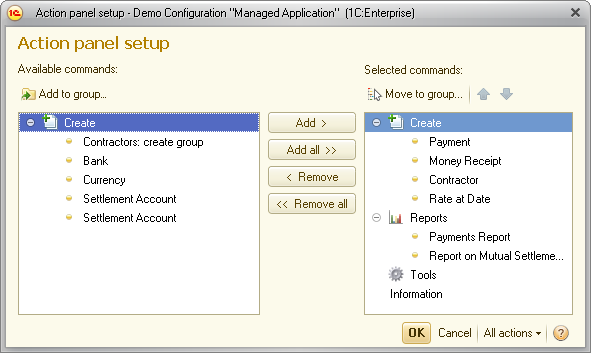