A geographical schema is a set of topographic data describing geographic features and free-form data related to these features. The data can be grouped into the logical series. 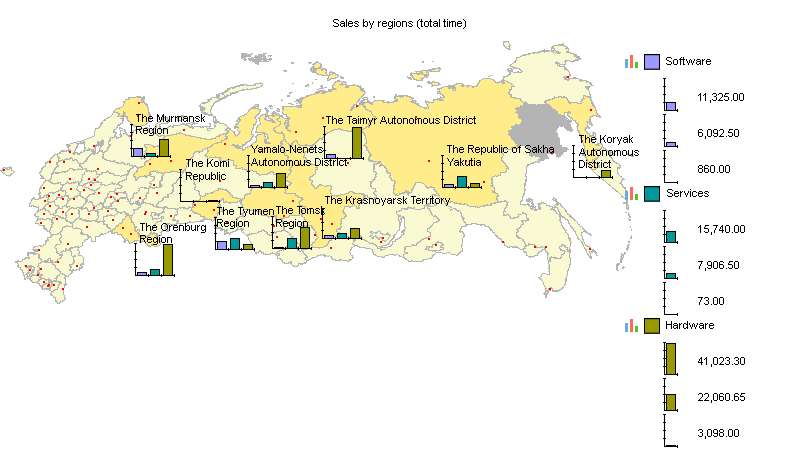 A geographical schema contains geographic objects, which are usually grouped by type or by several attributes using layers.