In section Theory. Referential data usage specifics we have mentioned that the platform has a cache that stores object data read from the database. Now we will discuss this feature in more detail.

1C:Enterprise caches database objects that are read from the database using object operations.

When you access object attributes using a reference, the platform accesses the object cache that is stored in RAM.

The object cache consists of two parts: the transactional cache and the standard cache. Which cache is used depends on whether the reference is made in the context of a transaction or not (fig. 14.33). 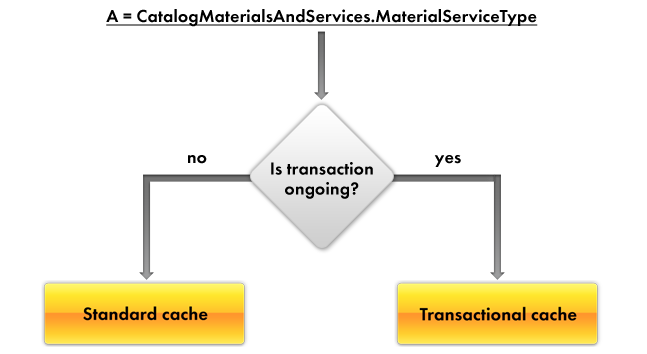